Surrounded by the Himalayas, Bhutan is a small South Asian country sandwiched between India and Tibet. Bhutans geography consists mostly of steep and high mountains crisscrossed by a network of swift rivers, which form deep valleys before draining into the Indian plains. The land rises from 200 meters above sea level in the southern foothills to 7000 meters high northern mountains.

The climate varies hot subtropical in south to cold alpine slopes in the north. Human settlement is confined mostly to interior river valleys and a swath of southern plains; nomads and other tribes live in the north, raising sheep, cattle and yaks. Bhutan straddle two major bio-geographic realms, the Indo-Malayan realm consisting of the lowland rain forests of South and Southeast Asia and the Pale-arctic realm consisting of conifer forests and alpine meadows of northern Asia and Europe.

Geographically, Bhutan is divided into three zones: the southern zone, which has low foothills that are covered with dense tropical forests; the central zone, which primarily consists of fertile valleys at altitudes that range from 3,500 to 10,000 feet (1,060 to 3,050 meters); and the northern zone, which has valleys at heights that range from 11,000 to 28,000 feet (3,350 to 8,535 meters). It is this northern section that forms part of the Himalayas with its high peaks along the Tibetan borders.

The largest percentage of the population lives in the central zone. The federal capital of Thimphu is located along the river of the same name in this section of the country. 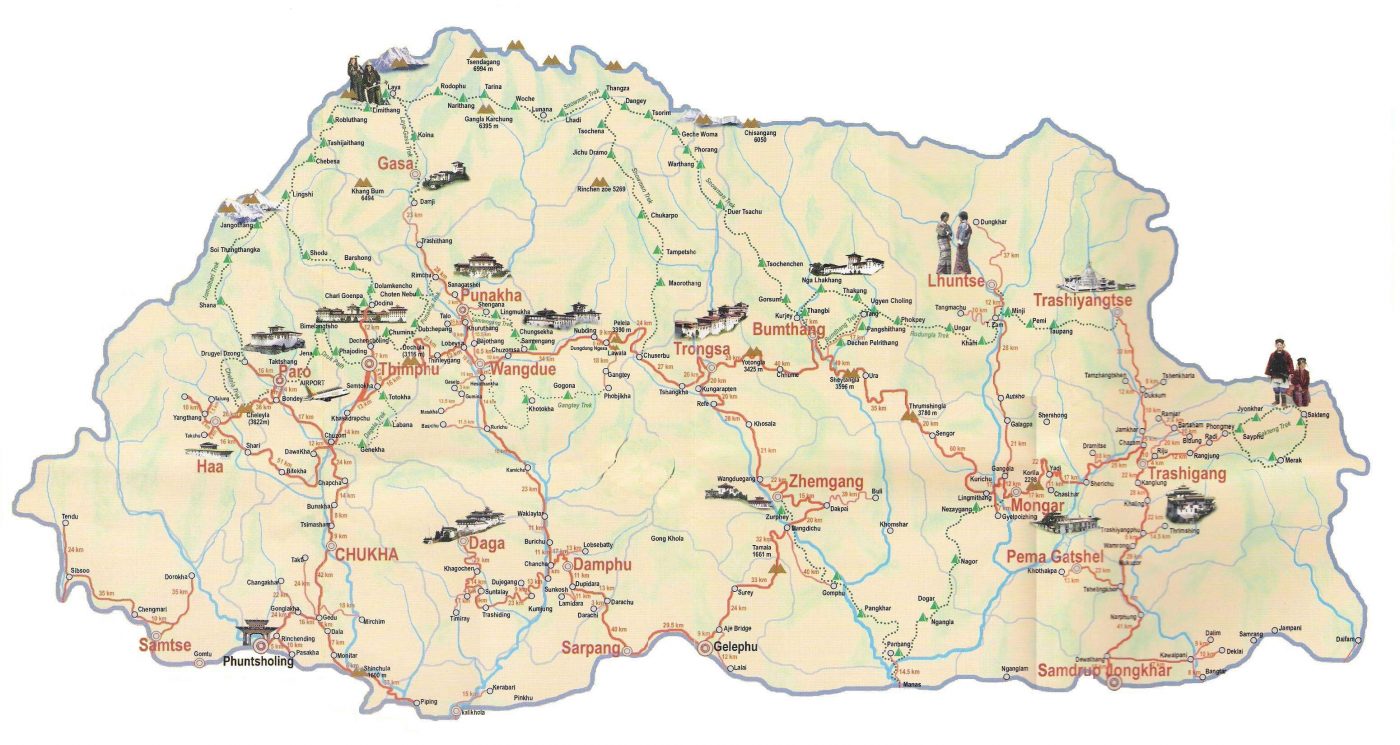 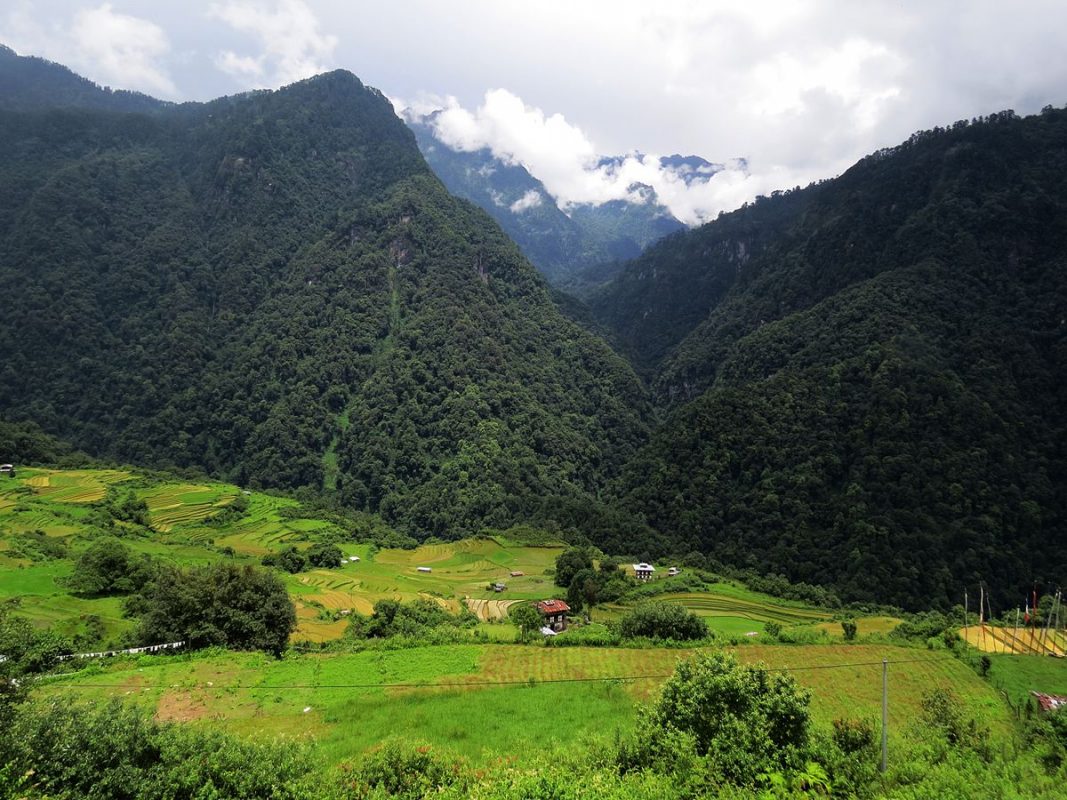 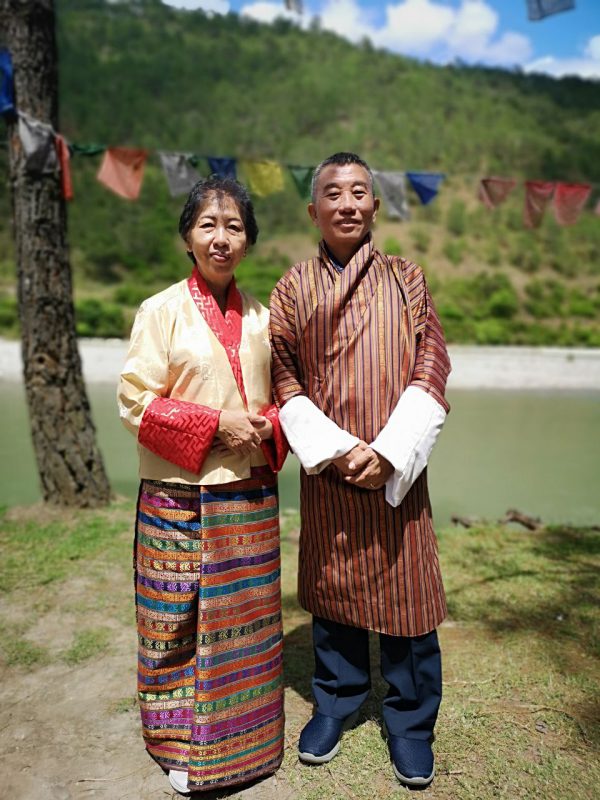 Bhutans location and harsh terrain caused a relative isolation from the rest of the world until the 1960s. This enabled the people to develop unique culture, tradition, architecture, customs and language, which makes it an ideal place to visit to refreshen your soul, body and mind.

Bhutan has a predominantly Buddhist population. Its culture has been formed in accordance to the Buddhist values, and the rules that govern all aspect of daily life are known as the ‘Driglam Namzha’. These rules along with the dress, and the language (Dzongkha) were formed by the founder of Bhutan – Zhabdrung Ngawang Namgyel. The behavior, speech, apparel, architecture, processes (like eating, sitting, walking), and thought are all governed by the rules prescribed in the Driglam Namzha.

The Bhutanese dress is called the Gho and Kira, which is worn by the males and females respectively. The dress is made of natural materials such as cotton, wool, and silk. The textile has inticrate patterns which in most times indicate the origin of the cloth. In important occasions a cloth called Kabney and Rachu is worn by males and females respectively.

Bhutan is one of the ten global biological hotspots. It boasts of about 300 species of medicinal plants and.about 46 species of rhododendrons. Some common sights for the visitors are the magnolias, junipers, orchids of varied hues, gentian, medicinal plants, Daphne, giant rhubarb, the blue and trees such as fir, pine, and oaks.

A wide range of rare and endangered animals can also be found frequenting the dense jungles and high mountains of Bhutan. Due to the countries conservation efforts and its unspoiled natural environment, Bhutan supports thriving populations of some of the rarest animals on earth and has thus been classified as one of the last biodiversity hotspots in the world.

Some high altitude species are the snow leopards, Bengal tigers that are found at altitude ranging 3000 to 4000 meters, the red panda, the gorals and the langurs, the Himalayan black bear, sambars, wild pigs, barking deer, blue sheep and musk deer.

In the tropical forests of Southern Bhutan, one can come across clouded leopards, the one-horned rhinoceros, elephants, water buffaloes, and swamp deer. You can even find the Golden Langur, a species of monkey that is unique to Bhutan.

Bhutan also has a great variety of bird species. It is recognized as an area of high biological diversity and is known as the East Himalayan ‘hot spot’, the hub of 221 global endemic bird areas. The recorded number of bird species is over 670 and is expected to rise as new birds are discovered.

In addition, 57% of Bhutan’s globally threatened birds and 90% of the country’s rare birds are dependent on forests. Bhutan has about 415 resident bird species. These birds are altitudinal refugees, moving up and down the mountains depending upon the seasons and weather conditions. Of about 50 species of birds that migrate.during the winters are the buntings, waders, ducks, thrushes and the birds of prey. Some 40 species are partial migrants and they include species such as swifts, cuckoos, bee-eaters, flycatchers and warblers.

Bhutan is also home to about 16 bird species that are endangered worldwide. These include the White-bellied heron, Pallas Fish eagle and Blyth’s Kingfisher to name a few. Phobjikha valley in Wangdue Phodrang and Bomdeling in Trashi Yangtse are also two especially important locations of the endangered Black Necked Cranes. 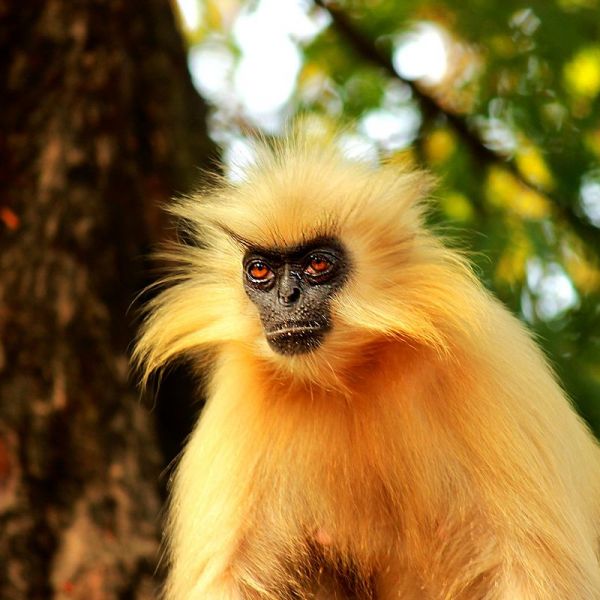 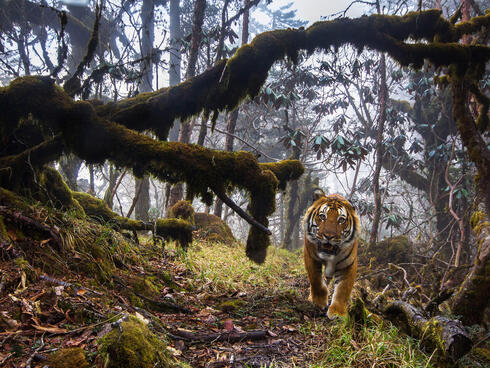 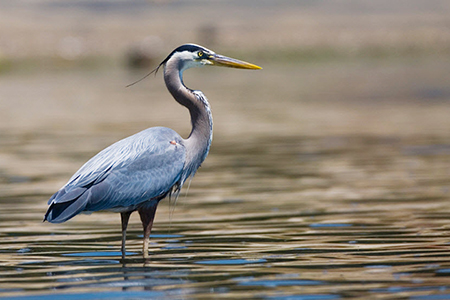 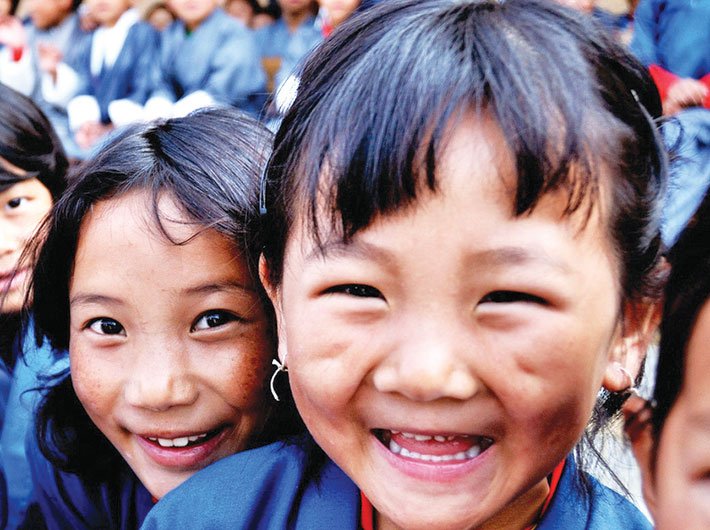 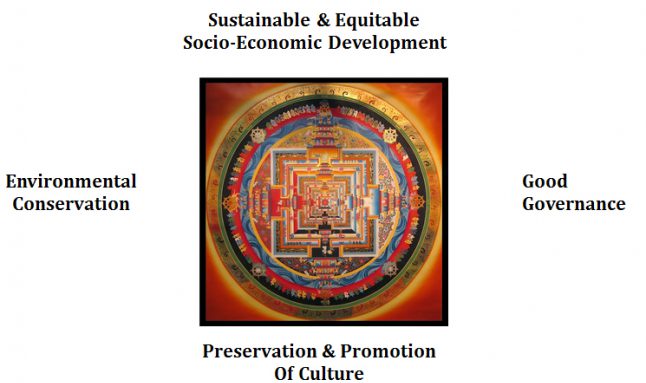 The concept of Gross National Happiness (GNH) was promulgated by His Majesty Jigme Singye Wangchuck, the Fourth King of Bhutan in the early 1970s. The concept is the guiding development philosophy of Bhutan. GNH is focuses on value based development. This concept of wholistic value based development, despite being new to the western world, was a part of the Bhutanese customs and traditions since eternity. Bhutan’s ancient legal code of 1629 stated that, “if the government cannot create happiness for its people, then there is no purpose for government to exist”. GNH is also enshrined in the Article 9 of the Constitution of Bhtuan which states: “The State shall strive to promote those conditions that will enable the pursuit of Gross National Happiness”.

The concept of GNH has 4 supporting pillars